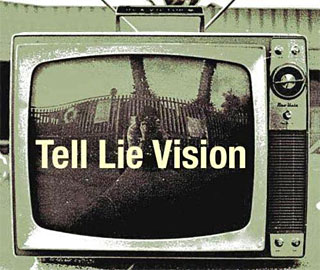 i don’t own a television.

and i don’t want one.  people ask me why i don’t have a TV, with an expression of such absurdity you would think i had just asked them if i could shit on their chest.

i take pride in myself for the fact that i don’t own a TV set. and here’s why.

it is all lies.

the mainstream media is one of the biggest liars in the history of all mankind, next to religion.

[but God is good, i hear you say.  yeah?  well if God is so good then why do kids get cancer? oh it’s God’s plan… he has greater things planned for them…]

TV is full of shit and my head has enough crap in it without being fed more lies and lies by omission; the manipulation of advertisements purporting a better lifestyle – yeah, a lifestyle that feathers the nest-eggs of the ugly big corporations that are borne of greed and profit and don’t really care that they’re spraying our crops with chemicals akin to Agent Orange; poisoning your soft drinks with neuro-toxins; that that burger is to die for (yes, literally!); that those running shoes are something of a ‘miracle’ that you will need to enhance your performance to workout with style (tell that to the 5 year olds working in shit-stinking sweaty conditions for 18 hour days!); that you NEED insurance (another bête-noire of mine) – what a rip-off.  i could go on but…

anger is a negative energy.  holding onto anger will just further embitter the soul and turn it black, and turn me into even more of a misanthrope than i am already.  fuck that!

so – that is the short answer as to why i don’t own, want or need, a fucking TV set.

there have been a few songs written about TV.  and yes, the sun always shines on TV, doesn’t it?  even the epic scenes of war seem sensationalised and glossy.

Bruce Springsteen growled about having 57 channels and nothing on.

[well, turn the fucker off, Brucie and go read a book…. or write another song!]

Dire Straits and Sting wailed about wanting their MTV.  i remember a day when MTV was cool, full of good music and, dare i say it, informative.  now it’s all dating game-shows and reality TV – offering gaudy glimpses into the private lives and homes of artists most of us have never heard of, but who have sold a billion records, apparently, and have their own unrivalled ‘brand’ of bling and trainers (again endorsing the sweatshops of Hell for the poor and purporting a lifestyle of greed of profane proportions).  who needs an 18ct diamond-encrusted toilet?  it’ll fill up with shit just the same as a bog-standard (bad pun, i know!) porcelain one.

the Disposable Heroes of Hiphoprisy wrote a real stinger of a tune: ‘Television, the Drug of the Nation’ – breeding ignorance and feeding radiation.  this song remains poignant today, spouting ‘a child watches over 1500 murders before he’s 12 years old’.

and then there’s Gil Scott-Heron.  The Revolution Will Not Be Televised.  wise words from a legendary poet and performer that needs little or no introduction.  that song is older than me and still holds the same spine-tingly poignancy as it did back in the day it was first released.  today, the Revolution will NOT be Televised, that’s for sure… but it will be on Twitter or Facebook or fucking Snapchat.

i take pride in the fact that i don’t own a TV set and that i don’t subscribe to the mainstream and worship the remote and its digibox disciples.

i find other ways of ‘educating’ myself and ‘entertaining’ myself.  there are 1000s of books to be read. more than i could read in a lifetime but i am prepared to give it a good try…

and there are places to visit. i just love to travel.  travelling offers the BEST education.

there is (too) much going on inside my head that i need to categorise, rationalise and contend with without the distraction and soul-extraction of television.

i have my own reality. i do not need to watch a group of disparate and desperate people stowed away in a houseful of cameras and sensationalism; i do not need (or want) to see ‘celebrities’ in a jungle eating worms; nor do i care for discovering Britain’s talented humans with their dancing dogs (that’s just another deplorable exploitation of animals).  i don’t want to see the cringe-worthy and patronising debacle that is breakfast tv – where two puppets interview the vulnerable and needy; which draws me nicely to the ‘pièce de résistance’ – the Jeremy fucking Kyle Show – another truly remarkable shot at bear-baiting.

is this what advocates TV as ‘entertainment’?  it’s no wonder we are being ‘dumbed-down’.   there is nothing to FEED the imagination!

i’d much rather read a book… or take a long walk along the beach… or play my guitars… or write some poetry or prose… or visit friends and family.  yes, actually visit people and talk with them, walk with them… break bread with them.

i would love to be in a position to ditch my mobile phone and take myself off the grid completely, but i need it for work.  it’s a double-edged sword.

but i’m working on it… 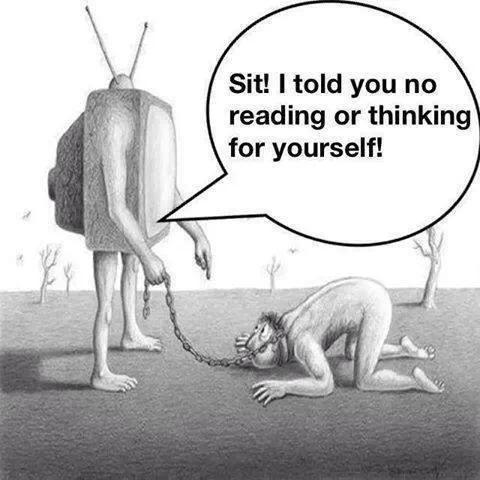 autofocus: who am i ?